Polesitter Wehrlein dominated the race to cross the line 3.6s to the good over Audi driver Lucas di Grassi, but he was rapidly excluded from his and Porsche’s maiden series win.

The FIA threw both Porsches and the two Nissan e.dams cars out of the results after the teams failed to declare the allocation of their tyres for the race on their technical passports.

This meant, according to an FIA bulletin, sole supplier Michelin could not “perform the required pressure management”.

But Porsche have now launched an appeal against the result and will begin the process of compiling their case to submit in the coming days.

Head of the manufacturer’s Formula E operation, Amiel Lindesay told Autosport: “We've appealed it and we believe it's too harsh in the circumstances.

“There's no performance gain on the car. It was an administrative mistake on our side, which we take responsibility for.

“But this did not change performance of the car and if you click left or right, it shouldn't effect the outcome of the race.”

Wehrlein had been informed over team radio by his race engineer to build a 5s gap to di Grassi in the event of a penalty before the heavy reprimand took him out of contention. 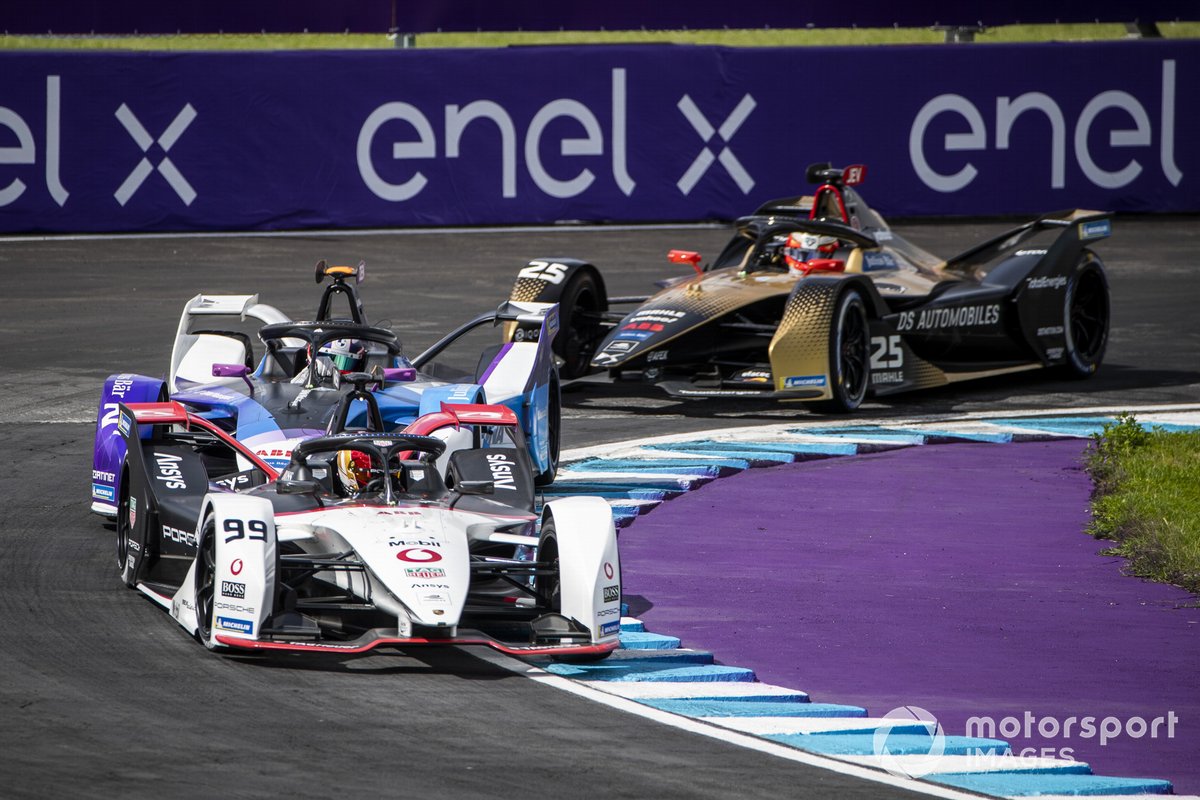 Autosport understands that Nissan e.dams has not taken up its right to appeal.

Should Porsche succeed in its bid, it also places the practice of the technical passport under increased scrutiny.

In previous seasons, former Audi driver Daniel Abt was disqualified from his maiden victory in Hong Kong in 2017 after incorrect invertor and MGU barcodes.

On the technical passport, Lindesay said: “It needs to be looked at - put it that way.

“I talked about it with the FIA. It’s something as a group that we need to work on to make sure such a thing doesn’t rule over the championship.

Lindesay continued: "It doesn't look good in the big picture.

“It's something for the future and the Sporting Working Group to make sure the regulations are in a way that such a mistake doesn’t have any effect on the result.

“Especially something like that, where you have the right tyres on the car.

“It’s never nice for the championship, the driver or the team.”

Championship co-founder Agag was visibly enraged by the outcome of the race.

On Sunday, he said: “I was very animated because I love racing, I love a real race.

“I saw a fantastic show by Porsche and Pascal. I wasn’t happy with them not winning.

“We need to learn lessons. We are learning all the time.

“Actually, we should apologise to the fans because they don’t know what happened.

“We need to learn lessons. This one is simple. Check before we go racing that everybody has fielded the correct tyres. That’s it.

“Now you understand why I was so angry yesterday. I wanted to kill somebody!