The 35-year-old German, who is teamed with Adam Christodoulou, Manuel Metzger and Luca Stolz, first had to qualify for the second session due to the event's all-new MotoGP-inspired two-part Top Qualifying session. This was due to the #4 Haupt Racing Team Mercedes not being able to secure an automatic spot in Top Qualifying 2 because of its performances in NLS races this season.

However, Engel was fastest on every single lap in a flawless display, first setting fastest time in Top Qualifying 1, before setting the only time sub nine-minute lap with an 8m57.884s in the next session.

Tyre choice proved to be crucial with occasional rain showers affecting only certain parts of the track, and Engel's "drying wet" Michelin proved to be the correct choice.

Dunlop-shot Luca Ludwig, who was the last driver to start the two-lap-shootout, managed second fastest time despite a new BoP ahead of the event, which slowed the Ferrari 488 GT3 down after the car was found to run on too much horsepower in the NLS races.

However, the Octane 126 driver was 4.930 seconds down on Engel's impressive time.

Two more Mercedes-AMG GT3 make up the second row of tomorrow's grid, with Raffaele Marciello setting the third-fastest time in the #9 GetSpeed-Mercedes followed by Daniel Juncadella, who secured fourth spot on the grid for the 10Q squad in only its second-ever GT3 race.

Nick Yelloly and Augusto Farfus were spearheading the BMW faction for ROWE and Schnitzer, qualifying in fifth and sixth respectively.

Farfus was one of three drivers to only have one flying lap after changing tyres following his outlap. The other two were Land-Motorsport's Christopher Mies, who gambled on slicks, and Car Collection Motorsport's Mirko Bortolotti, both driving an Audi R8 LMS.

Both Audi and Porsche struggled against their German opposition from Mercedes-AMG and BMW, who occupied the top 10 spots except for the Ferrari in second position. 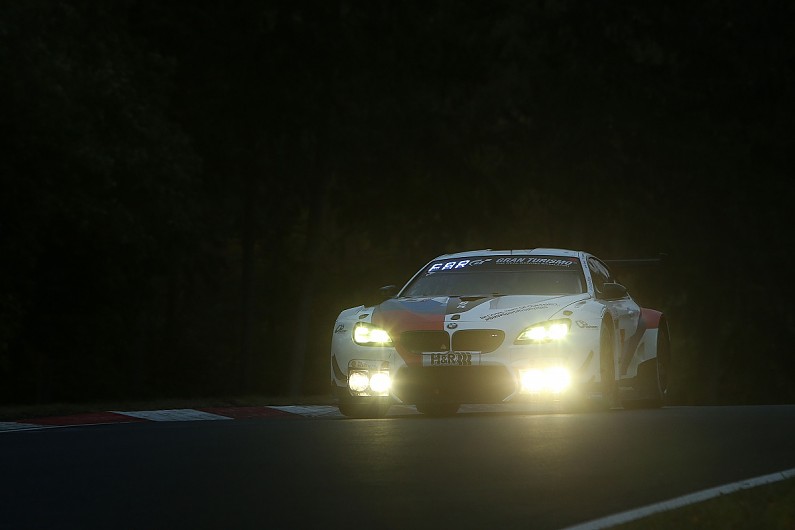 Porsche only managed to bring two cars into Top Qualifying 2, after Frikadelli Racing's Mathieu Jaminet missed out on the last spot by 1.858 seconds to Frank Stippler's #5 Phoenix-Audi.

Porsche's destiny was now in the hands of Alex Muller in the #30 Frikadelli Racing Pro-Am car. The German managed the 14th-fastest time in a disappointing session for Porsche, who withdrew all their factory drivers only a few days before the event due to COVID-19 cases within Manthey Racing following the Le Mans 24 hours.