The Dubai-born Brit, who finished third in the 2017 Indianapolis 500 but controversially lost out on rookie of the year honours to non-finisher Fernando Alonso, hasn't raced since the conclusion of the 2019 IndyCar season after Dubai's COVID-19 travel restrictions forced him to abandon a planned switch to the DTM with the privateer WRT squad in 2020.

Jones will now make his first outing in a GT3 car in a McLaren 720S entered by the 2Seas team that took one British GT win at Snetterton in 2020, its first season of competition.

He previously participated in the 991 class of the 2016 Dubai 24H with Lechner Racing Middle East, finishing second.

The sister car, the only other GT3 Pro crew in a 12-car field which has been heavily hit by the pandemic, will be shared by factory drivers Ben Barnicoat and Martin Kodric plus team co-owner Isa Al Khalifa. 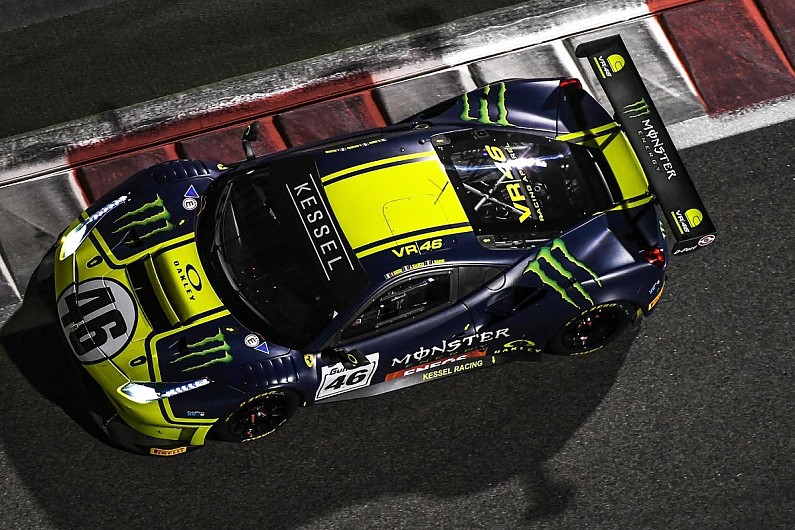 It is the first iteration of the race to be held outside Abu Dhabi's Yas Marina Circuit since its inception in 2012 and is headlined by MotoGP legend Valentino Rossi, who returns after finishing third in 2019.

The nine-time motorcycle world champion will again drive a Ferrari 488 GT3 run by four-time event winner Kessel Racing, and he is joined by half-brother Luca Marini and Alessio Salucci.

The 2Seas outfit is one of four British GT teams to enter, with 2018 series champion Optimum Motorsport fielding one car in GT3 and GT4.