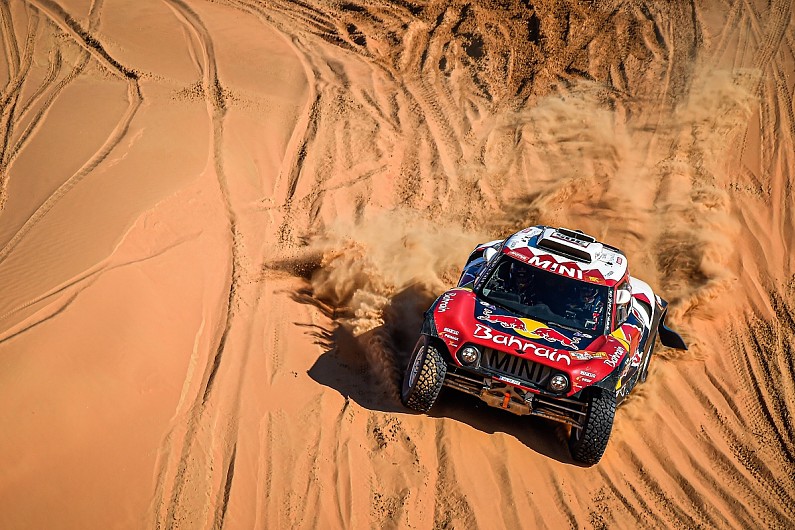 The X-raid Mini team has retained Carlos Sainz and Stephane Peterhansel for the 2021 Dakar Rally in Saudi Arabia.

This will mark the duo’s third consecutive Dakar outing for Mini, both having joined the marque in 2019 following Peugeot’s withdrawal from the rally raid as a factory entrant.

Sainz and Peterhansel will drive X-raid’s two Mini JCW Buggies, with the line-up for its additional 4×4 entries yet to be announced.

Sainz won the 42nd edition of Dakar this January, scoring Mini’s first victory in the marathon since its four successive triumphs between 2012 and ’15.

“I am looking forward to competing again together with X-raid at the upcoming Dakar, of course I will try to defend my victory of 2020,” said Sainz.

“Now that some time has passed, I must say that this is one of my victories of which I am very proud.

“The upcoming Dakar will certainly be another great event – after this year’s experience – probably even better.

“Concerning the Mini JCW Buggy, despite the difficult time we were able to find some areas that we could improve on.

“The team has done a great job and I think we have become even better.” 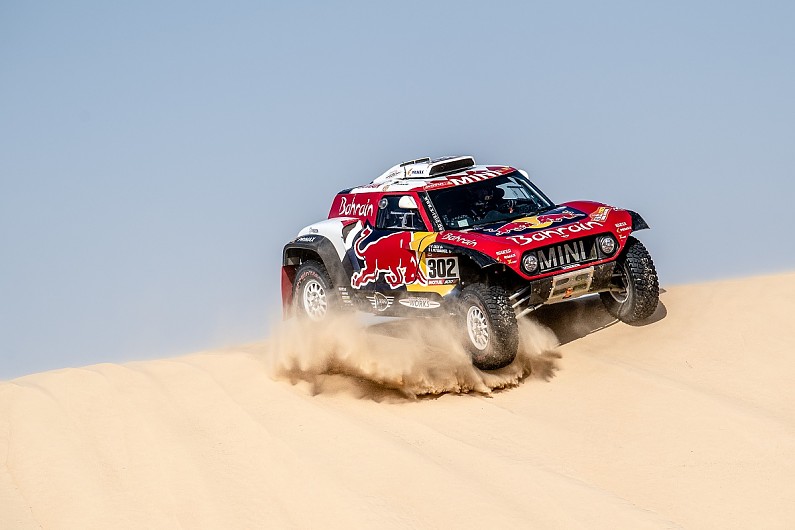 Peterhansel finished third behind winner Sainz and second-placed Nasser Al-Attiyah of Toyota in Dakar this year, making it two Mini Buggies on the Dakar podium.

“I am looking forward to being part of the X-raid team again at the upcoming Dakar,” said seven-time event winner Peterhansel.

“I couldn’t win the last Dakar, but I still have good memories of it: the team spirit was great and the Buggy was also very good to drive.

“I was really happy about my third place. My motivation is still there – maybe even more so as I know that the Buggy will be even better.

“I have a new co-pilot sitting next to me and I think Edouard [Boulanger] has a lot of potential that he can certainly exploit to the fullest at the Dakar.

“I am also very much looking forward to Saudi Arabia – the landscape there is simply incredible.”

The announcement of Sainz and Peterhansel again contesting the Dakar comes just a day after nine-time World Rally champion Sebastien Loeb was confirmed as taking part with Prodrive.

X-raid said it has managed to make upgrades to its Mini Buggy in 2020, despite the coronavirus pandemic impacting its plans, and both Sainz and Peterhansel were able to test the new parts in August.

X-raid will field its two factory drivers in the Andalucia Rally this month as the team steps up its preparation for the 2021 Dakar event.