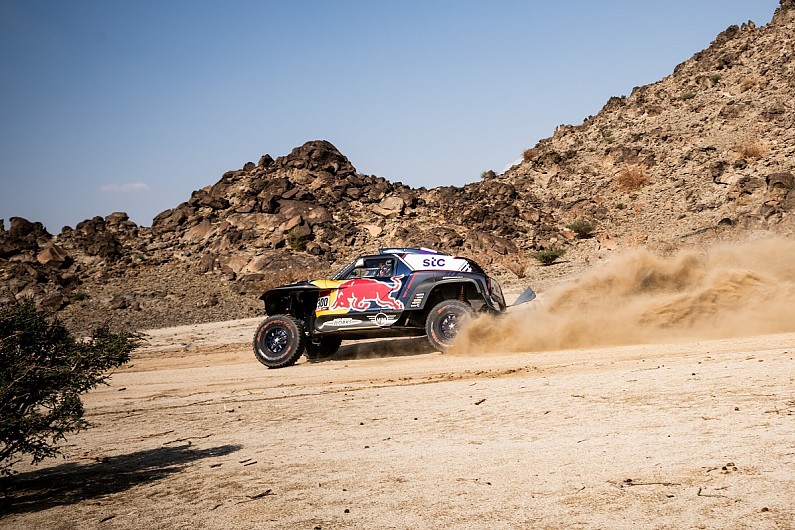 The lead in the cars category changed hands several times during the 277km stage from Jeddah to Bisha, as overnight leader Nasser Al-Attiyah – who topped Saturday’s 11km Prologue that determined the starting order on Sunday – ceded three minutes in the opening 37km stretch and immediately dropped down the order.

Vaidotas Zala was the first to snatch the top spot in one of X-raid’s 4×4 Mini Coopers, before three-time Dakar winner Sainz and Peterhansel duked it out for the lead in the marque’s two buggies.

Sainz, who suffered a puncture in the Prologue and started 28th on the road, had a major setback when he lost over three minutes in the penultimate section, but the double World Rally champion came back strongly in the final stretch of the day, winning the stage by 25 seconds.

That put him just eight seconds ahead of Peterhansel in the general classifications, helped by the 13-time event winner suffering a puncture in the final 50km of the stage.

Leading the non-Mini charge was Czech driver Martin Prokop, who put his Benzina Team-run Ford entry ahead of the Century cars of Mathieu Serradori and Yasir Seaidan.

Khalid Al Qassimi placed a privateer Peugeot run by the PH Sport team in sixth, ending the day with an identical time to that of Seaidan. 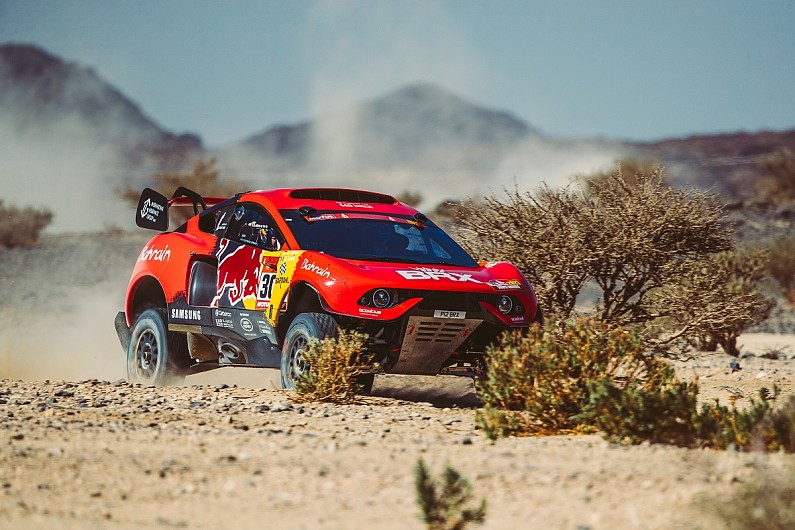 The factory Toyota team failed to break inside the top five, with Giniel de Villiers finishing more than eight minutes down in seventh and three-time champion Al-Attiyah three places further back in 10th.

They were separated by 2014 winner Nani Roma (Bahrain Raid Xtreme) and Jakub Przygonski, the latter driving an Overdrive-run Toyota Hilux.

While Roma secured a top 10 spot for the Prodrive-run BRX team on its debut, there was drama for team-mate Sebastien Loeb, the nine-time WRC champion losing a whopping 24 minutes after suffering three separate punctures over the course of the day.

Yazeed Al-Rajhi (Overdrive Toyota), Orlando Terranova (Mini) and Bernhard Ten Brinke (Overdrive) were some of the other leading contenders to suffer a disastrous start to the rally raid, each of the trio conceding over 20 minutes to Sainz in the opening stage.