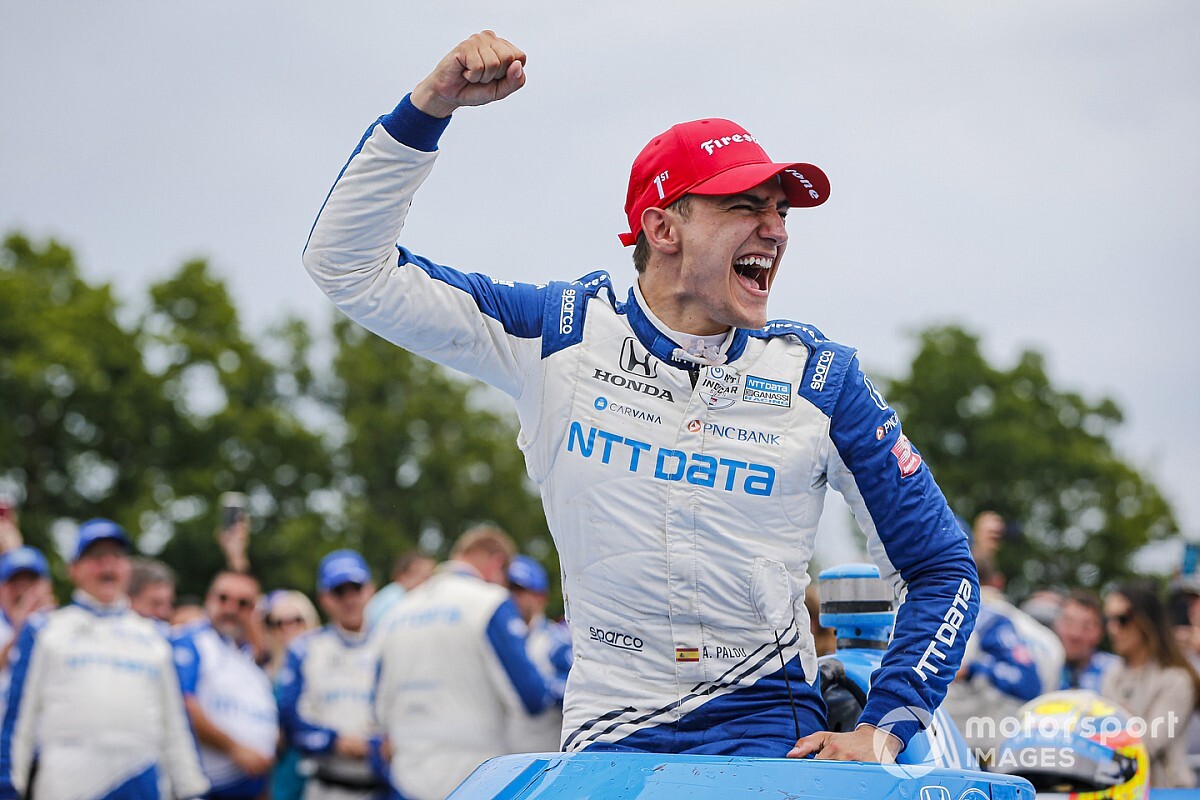 Alex Palou reckons he had a faster car than Josef Newgarden towards the end of the Road America IndyCar race, and enjoyed his “lucky” victory despite the Penske driver’s problem.

Newgarden had led the majority of the proceedings at the Elkhart Lake circuit, before an inability to find sixth gear on the final restart allowed Palou to pass him in the race’s dying stages and claim his second win of the year.

However, Palou says he believes he might have been able to challenge Newgarden in the closing laps regardless, having saved a smidgen of push-to-pass for the end.

“It was a really good weekend overall,” said Palou, who is now back in the lead of the championship, after Pato O’Ward could finish only ninth. “We started not super good, but we made some progress, and I feel like we always are really good when the weekend ends.

“Every run we were doing with the reds, with the blacks, we were getting even closer to Josef. So I was really happy.

“And then yeah, I don’t know what happened to him, but we took the lead, and that was super exciting. We had good power, we had good car setup, and [I’m] super happy.

“I knew we were a bit faster than him on the straights, so our team did an amazing job and at the end we took it before Turn 1.

“I didn’t really look at my mirror, I just went for the outside. It was quite close. Even if he was a bit slower, I was super close so I had to just turn in quite aggressively, and then I just ran. 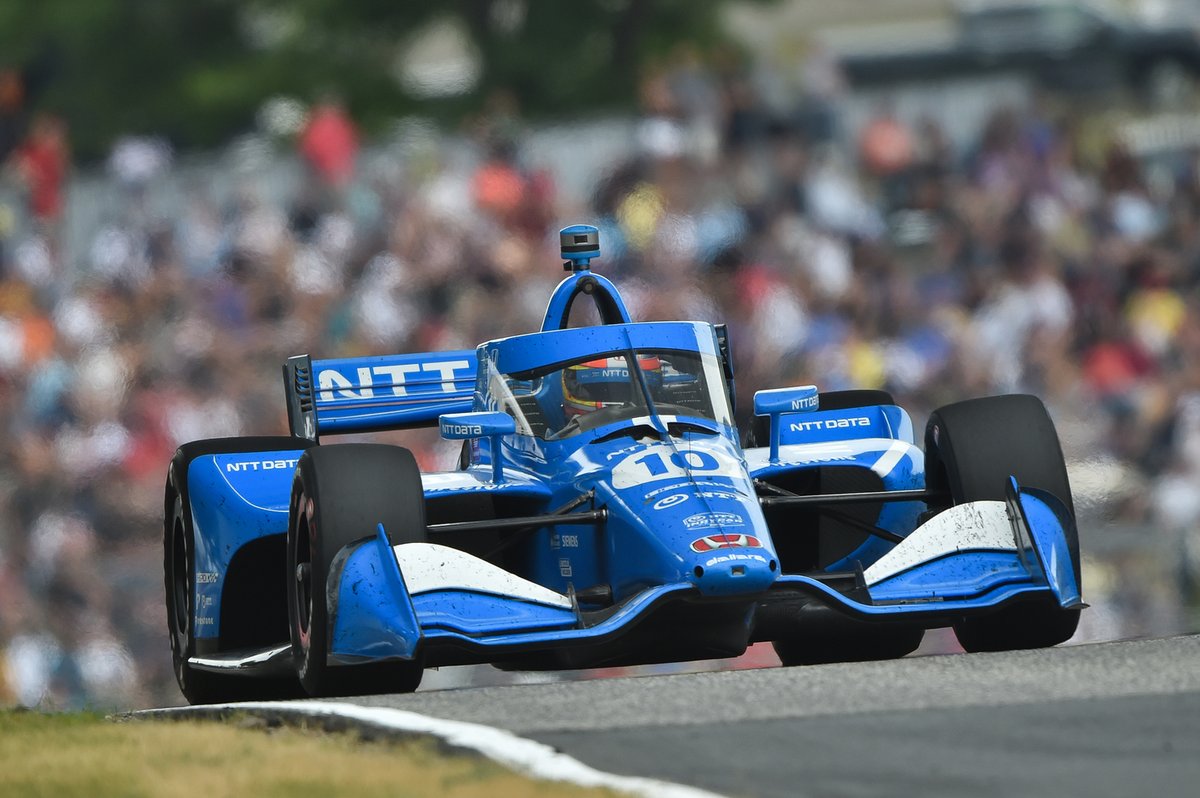 “I didn’t know if my tyres were good enough to keep the lead. It was only two laps, but those two laps when you’re in the lead, they can take forever.

“A win is a win, and it always feels awesome even if it’s your lucky day or just because you have really good pace.”

“Today we started struggling compared to Josef, so he was super fast. He was flying.

“But by the end I was able to be there with him, so I think we had the faster car at the end. I knew that we had a bit better straight line speed.”

“I was comfortable, I just had a bit less Push-to-Pass than him, and I couldn’t really overuse my Push-to-Pass, so I was saving it for the end.”

Palou said that inexperience is what meant he took a little longer to find the sweet spot of his car at Road America, but that he was able to work off the data from last year, when Ganassi won both races in a double-header round.

“I think you can see that our performance during weekends, it always comes more at the race, just because we have more time to develop the car and for me to get used to,” he explained.

“I’m not a rookie anymore, but I’m still kind of a rookie.

“The good thing is that Chip Ganassi won two races here last year. I had the best data I could have with the onboard, so we’ve been working a lot with the data from last year.”