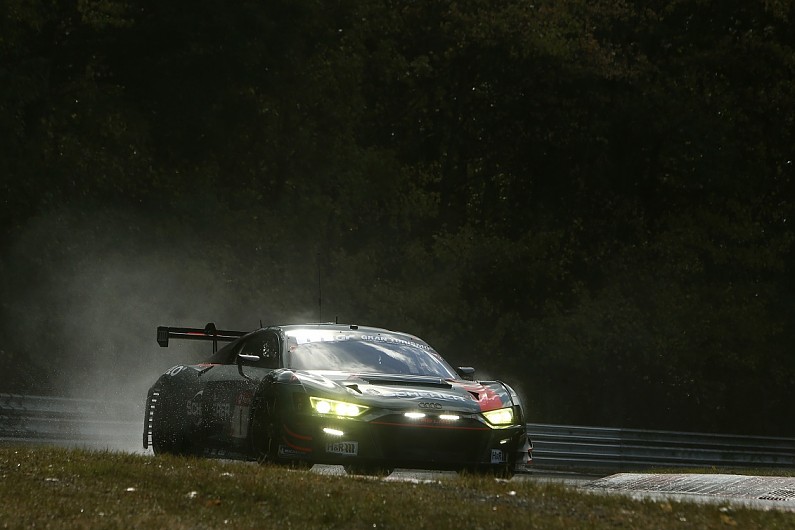 After a red flag interruption of nine and a half hours due to rain, the Nurburgring 24 Hours has restarted on Sunday morning.

The race was halted shortly after seven hours of running by heavy rainfall, while drama unfolded as the two leading Mercedes-AMG GT3 challengers crashed out while leading.

Initially Haupt Racing Team lost their long-time leading #4 entry when Manuel Metzger hit the barriers at the exit of Schwalbenschwanz, while Metzger was caught out in mixed conditions as the rain began to intensify.

With the leading Mercedes-AMG out, the #9 GetSpeed-Mercedes claimed the lead followed by the three factory-entered Audi R8 LMS. But it was short lived as Raffaele Marciello crashed at Kallenhard.

That allowed the three Audis to hit the front, led by the #1 Phoenix-Audi entry with Dries Vanthoor at the wheel, but just one lap before the red flag the Belgian driver lost control of his car at the same place as Marciello, making slight contact with the barriers.

That brought Christopher Haase in the #3 Car Collection-Audi into contention, but the next lap the German suffered a spin at Hatzenbach and only just avoided the barriers.

Shortly after a number of other incidents, the red flag was shown to halt the race to allow all cars back to their garages with no parc ferme rules to allow for repairs. 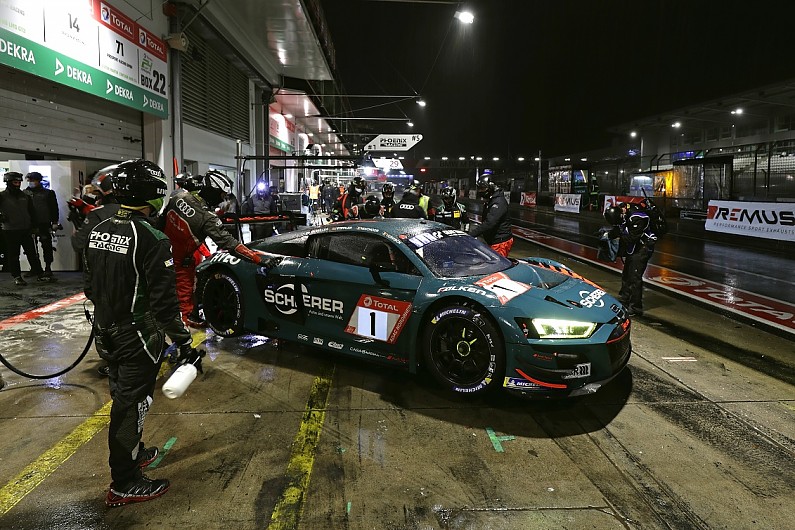 Following over nine hours of delays, the race has been restarted on Sunday morning at 8:00am local time with the race resuming behind the safety car.

The race distances will be cancelled and the two parts of the race will not be added, with the race set to end at 3:30pm local time as planned.

At the time of the restarts the #1 Phoenix-Audi was leading ahead of the #29 Land-Audi #29 and the #3 Car Collection-Audi – but the #29 car has received a 32-second time penalty for falling below the minimum standing time during a pitstop.