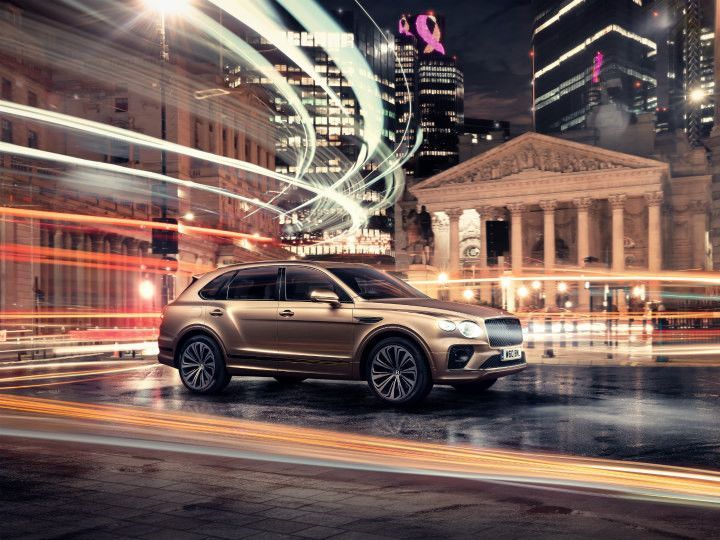 Bentley has already laid out a roadmap for the electrification of its models by 2030. Now, it has taken the first step by unveiling the Bentley Bentayga Hybrid, the first of two plug-in-hybrid models planned for 2021. Basically, it's the hybrid version of the facelifted Bentayga that debuted back in July 2020.

The main change here is under the hood. The Bentayga is powered by a 3.0-litre twin turbocharged V6 engine and an electric motor that makes a combined 449PS of grunt and 770Nm of torque.  You can also run it in pure electric mode with an NEDC claimed range of around 50km. The two motors combined give a range of 863km.

Bentley claims the Bentayga Hybrid’s 17.3kWh lithium battery can run up to an expected lifespan of 160,000km for a period of eight years. What’s more, the battery can be charged from 0-100 percent within two and a half hours. Aside from different drive modes, it gets Bentley Hybrid Efficiency Navigation system that helps drivers achieve better efficiency via feedback through the throttle pedal.

Back home, India could get the standard facelifted Bentayga later this year with prices likely to start around the Rs 4 crore mark (ex-showroom). It will rival the Mercedes-Maybach GLS SUV and the Rolls Royce Cullinan.