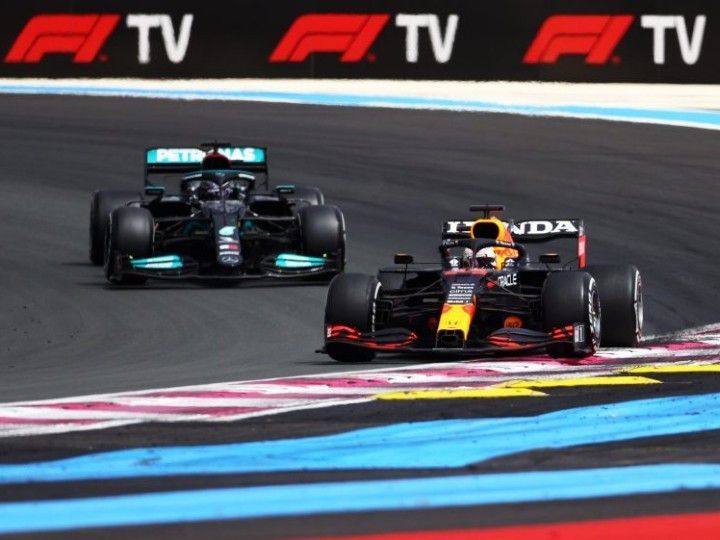 What Mercedes did to Red Bull at Spain earlier this year, Red Bull returned the favour, in spades. A smart two-stop strategy saw Max Verstappen overcome a 20-second deficit to the Mercedes of Lewis Hamilton with just one lap to go, and score his third win of the season. This result saw the championship leader further extend his lead over Hamilton by 12 points.

The other side of the garage also had a great race, with Baku’s race winner Sergio Perez pulling off the one-stop to snatch third place from the Mercedes of Valtteri Bottas. All this adds up to Red Bull Racing Honda extending its lead over Mercedes in the constructors standings by 37 points.

While the two McLarens of Lando Norris and Daniel Ricciardo had a low key qualifying, they more than made up for it in the race. The pair scythed through the field to finish fifth and sixth respectively. Crucially, with Ferrari having a difficult race, McLaren has reclaimed the third spot in the constructors standings, and are now 16 points clear of the Italian Stallions.

Another unconventional strategy from Aston Martin paid dividends as a long first stint for four-time world champion Sebastian Vettel and teammate Lance Stroll helped them get a fresher set of tyres for the final stint and claw their way up to ninth and 10th position.

Mercedes almost snatched defeat from the jaws of victory. Despite seven-time champion Lewis Hamilton taking the lead from Verstappen at the start, the team fell for Red Bull’s two-stop pit strategy which they themselves pulled off at the Spanish Grand Prix. The failure to react to this move ultimately left Hamilton losing the race win with only one lap left.

Things weren’t rosy for teammate Valtteri Bottas either, as he was beaten to the final spot on the podium by the other Red Bull of Sergio Perez. This race has left the reigning world champions losing ground to Red Bull in both the drivers and constructors standings.

Ferrari’s fortunes in the French Grand Prix were the exact opposite of  McLaren. While the pair of Carlos Sainz and Charles Leclerc had qualified well in fifth and seventh, neither of them could quite hit race pace, eventually finishing a points-less 11th and 16th in the end. This has led to McLaren retaking third place in the constructors standings.

It was a home race to forget for Alpine’s Esteban Ocon as he couldn’t match up to his two-time world champion teammate Fernando Alonso at any point of the weekend. Qualifying 11th, he tried to mimic Aston Martin’s strategy, but did not have the race pace to pull it off, ultimately finishing 14th.

The French Grand Prix was just the start of a triple header set of races, as Formula One will head next to Austria for the eighth round of the season scheduled for June 27.