The German revealed that Team 75 Bernhard had filed a one-off entry for the fourth year in a row, but has now been forced to withdraw the Porsche 911 GT3-R from the blue riband round of the GT World Challenge Europe on 24-25 October.

Bernhard cited the new date for Spa as a result of the COVID-19 pandemic and revisions to the ADAC GT Masters calendar in Germany, which is his squad’s main focus, for the decision not to take one of its Porsche 911 GT3-Rs to the Belgian event.

“It was planned and we were signed in already, but we have now had to withdraw,” Bernhard (below left) told Autosport.

“We have decided already that we can’t do it because of the new schedules, it is in the middle of two GT Masters races, which made it difficult logistically.

“In the past there was a two-month gap in the GT Masters calendar and we could fill that with a proper go at winning Spa, but now the calendar is too jammed.” 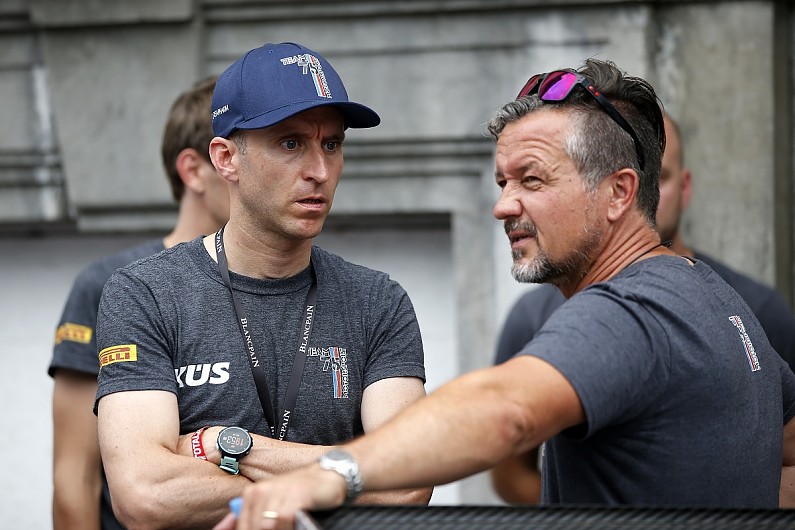 The revised GT Masters calendar has races at the Red Bull Ring and Zandvoort on the respective weekends before and after the 24 Hours at Spa.

Team 75 Bernhard is running two cars in the ADAC series for a roster of drivers including Porsche Formula E tester Simona de Silvestro. It has also expanded its assault on the GT4 feeder series from one to two cars for the 2020 season.

Two-time Le Mans 24 Hours winner Bernhard, who retired from driving at the end of last season, explained that the line-up for his entry had yet to be fixed but that it would have been made up entirely of Porsche factory drivers.

He shared with 2019 IMSA SportsCar Championship GT Le Mans title winners Laurens Vanthoor and Earl Bamber in both 2018 and ’19.

Bernhard had made a bid to become the first driver to win all four of the world’s major 24-hours races, at Spa, Le Mans, Daytona and the Nurburgring.

Team 75 Bernhard’s best result at Spa came on its debut in 2017 (below) when Vanthoor, Kevin Estre and Michael Christensen finished fourth. 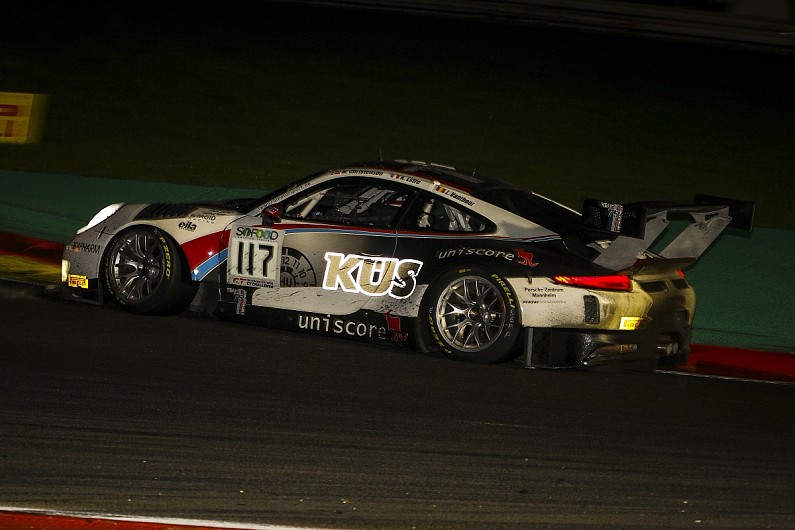 The hope is that the team will return to the Spa enduro next year, Bernhard explained.

“For 2021, if everything has settled down, we will definitely be looking at doing Spa again,” he said.

“If the situation is right we will go back.”

Timo Bernhard has never won a race at Spa. The German’s racing CV boasts 12 WEC victories and seven across the Porsche Supercup and Carrera Cup, not to mention nine outright and a total of 29 class triumphs in the American Le Mans Series, yet he never managed to win a race at a circuit he lists as one of his favourites.

“There are some tracks like Mid-Ohio where it seemed like I won every year,” says Bernhard, who was unbeaten at the US track at the wheel of Penske Racing Porsche RS Spyder in 2006-08.

“Then there are places where you win nothing, and Spa unfortunately is one of those.

“I raced at Spa in the WEC, the Porsche Supercup and in European Formula Ford, but I never managed to win a race there.”