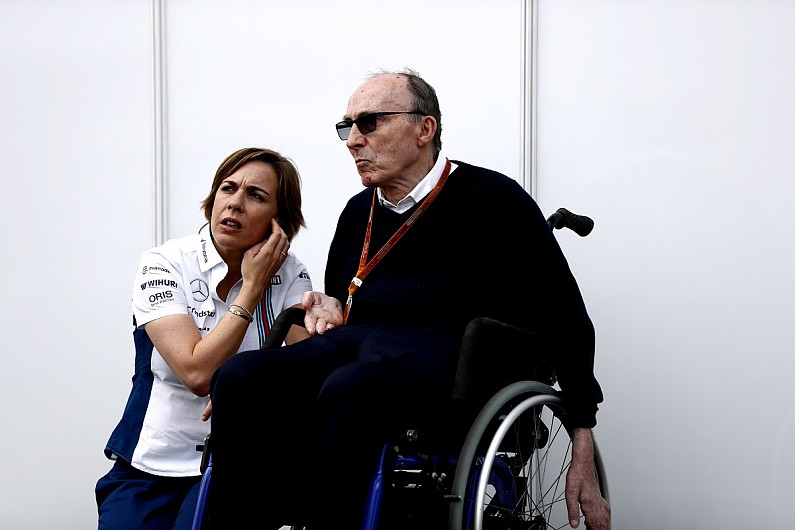 Formula 1’s decision to lower its cost-cap to $145m per season from 2021 was widely celebrated on Wednesday, but the economic impact of the COVID-19 pandemic was underlined on Friday as Williams revealed it would be open to selling its team. ADAM COOPER delves into the situation facing one of F1’s fiercely independent teams

Friday morning’s news that the Williams Group is conducting a strategic review that could lead to a complete sale of its Formula 1 team has sadly come as no surprise, given the company’s difficult financial situation.

The team has taken a big hit over the past few years as it has tried to balance its income against ever-increasing expenditure. The former has inevitably been impacted by Williams’ poor performance on track, one that has seen it tumble from third place in the constructor’s championship as recently as 2015 to bringing up the rear in each of the last two seasons.

It’s a hard reality of F1 that results equate to income. When teams are not performing on track, it sets up a vicious circle in which they struggle to find the funding with which to improve their competitive position.

Frank Williams originally shared ownership of the business with team co-founder Patrick Head, and he has always resisted selling the team as a complete entity. He’s not been short of offers over the years, but it was the family business and he had no intention of letting go – although eventually Head decided it was time to sell.

Toto Wolff acquired a stake in 2009, and after the Austrian transferred his attention to Mercedes that was subsequently bought by American businessman Brad Hollinger, who remains a significant shareholder, with around 17%. 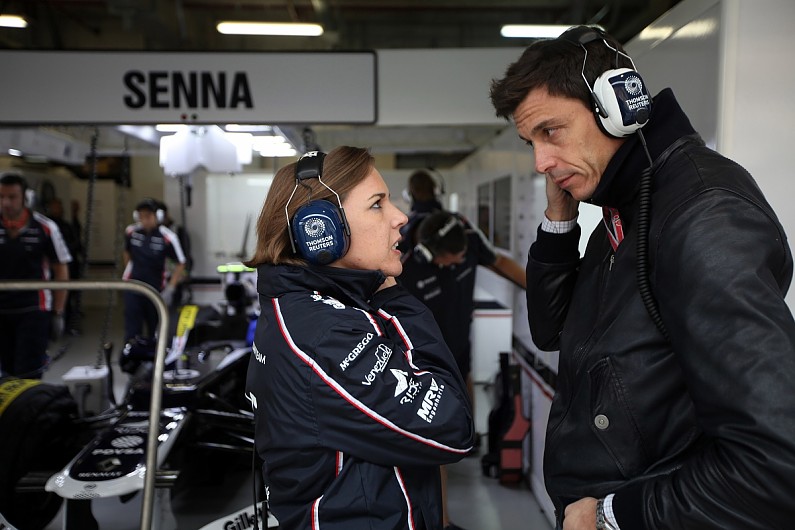 In 2011 Williams began the process of going public on the Frankfurt stock exchange with 20% of the company initially made available, utilising some shares owned by Sir Frank, but with the majority from co-founder Head’s original stake.

In December 2019 there was a major restructuring and influx of cash when the successful Advanced Engineering division was sold, with the Williams Group retaining only a minority interest.

Williams is not the only F1 team currently open to fresh investment, or even new owners. However, as a listed company it has extra legal responsibilities, and especially the requirement for transparency on financial matters which is why the team was put up for sale in a very public and highly unusual way.

“Whilst no decisions have been made regarding the optimal outcome yet, to facilitate discussions with interested parties, the company announces the commencement of a ‘formal sale process’.”

It added: “Any interested party participating in the formal sale process will be required to enter into a non-disclosure agreement with WGPH on terms satisfactory to the WGPH board. 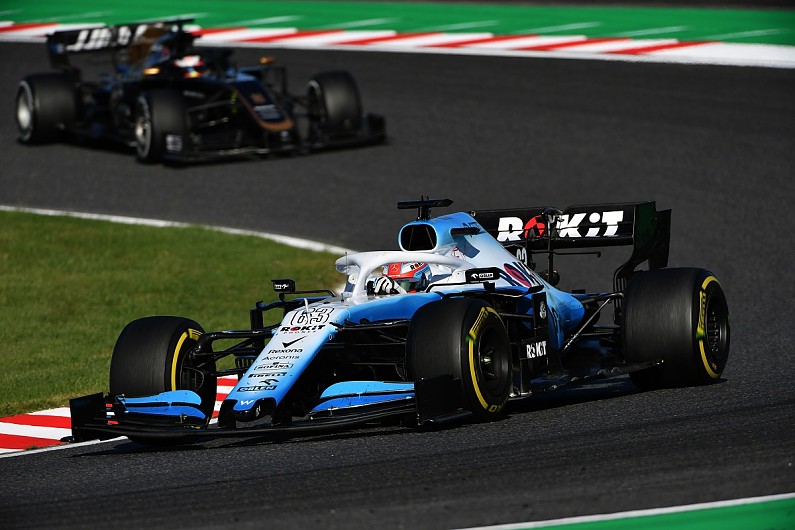 The news came in parallel with the Williams financial results for 2019. After a solid 2018 there was a downturn, with Group revenue falling from £176.5m to £160.2m – and that still included the figures for the Advanced Engineering division.

The specific numbers for the racing team were poor, with revenue crashing from £130.7m to £95.4m – a huge year-on-year discrepancy, even allowing for on track results impacting F1 payments.

Perhaps the most telling revelation from CEO Mike O’Driscoll was that team has “also served notice to terminate its relationship with its title partner, ROKiT, and major sponsor, ROK Drinks.”

Announced in February last year, the ROKiT deal appeared to be a dream ticket. In late 2018 Williams had lost a deal with Rich Energy to Haas at the last minute, having concluded its Martini title sponsorship deal at the end of that season, and then ROKiT appeared from nowhere.

PLUS: The inside story of Williams’s ROKiT boost

The numbers were big, and boss Jonathan Kendrick – a former Goodyear tyre man who had even worked with Williams in 1978 – appeared to be the ideal partner. He was a larger-than-life, old school enthusiast who wasn’t worried about poor short-term results on track.

The deal was later extended to 2023, suggesting that all was well. But clearly things didn’t go to plan, as the termination notice indicated.

That situation hasn’t happened overnight, so it must have been playing out behind the scenes over the past few months. In other words, the team knew that it was likely to end its arrangement with its title partner and biggest sponsor, just as the coronavirus pandemic resulted in race after race being either postponed or cancelled, further impacting its F1 prize fund income. It was a perfect storm. 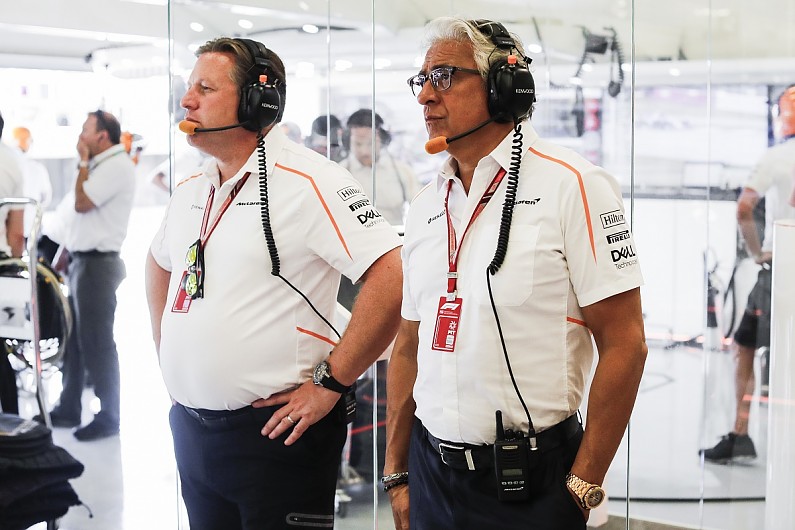 Last month, Williams negotiated a substantial loan from Michael Latifi (above, right), father of driver Nicholas, to help it navigate that storm.

The fact that over 100 historic Williams F1 cars were listed as collateral – together with buildings and plant – was somehow symbolic of the struggles that this once mighty team has been facing of late.

PLUS: How F1 has broken two of its greatest teams

Latifi is very sympathetic partner who obviously has good reasons to see the organisation stay healthy. As deputy team principal Claire Williams told Autosport: “The loan package provides us with the resources that we need moving forward.”

It’s interesting also to note the timing of today’s announcement. Over the past five years the company’s annual results have been posted on April 27th, 11th, 5th, 20th and 5th. This year’s results came many weeks later, giving the company breathing space to consider its future options, finalise the Latifi loan, and gain clarity on the ROKiT situation.

With handy timing, this week also brought formal confirmation of the lower F1 cost cap and other measures that create a brighter future for all teams, allowing Williams to present some positives along with the bad news.

It’s significant that O’Driscoll formally acknowledged the rule changes in today’s statement: “We are confident that Liberty Media’s long-term vision and plans, including a first-ever cost-cap for the sport, will deliver a more level playing field for 2021 and beyond, on which all teams can compete more fairly.”

Remember too that teams have to sign a new Concorde Agreement in the coming months, committing them to a further five years in F1. It’s logical for Williams to be assessing all future options before doing so, which is why it aims to complete the process of seeking new backing by the summer. 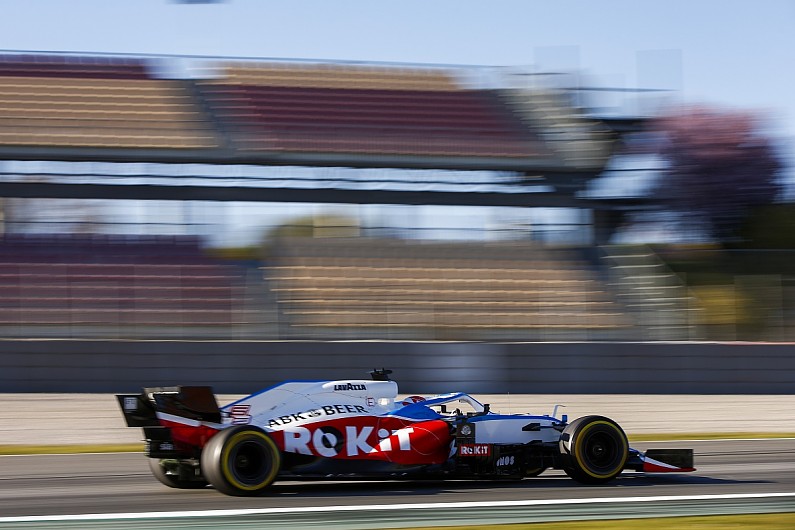 The downside is that, thanks to COVID-19, this not a good time to be selling anything, never mind a motor racing team. And to be in a position where you have made it public that you need to do something is perhaps not the strongest hand with which to start negotiations. In addition, wealthy people who might have been interested in owning an F1 team may not be quite as wealthy now as they were a few months ago and are facing the same uncertainties as everyone else.

There are still potential buyers out there. However at a time when other teams are potentially up for grabs – and by definition they are all further up the grid – Williams is unlikely to be the first option for those with money to spend. It’s simply a reflection of the recent track performance, and the ongoing level of income both from existing sponsorship deals and the F1 prize fund.

However, with the right backing Williams still has much to offer, and the fact that an organisation with such history is potentially available as a complete entity for the first time will have a lot of appeal. It has a well-equipped facility, with a lot of a good and experienced people.

Any investor also knows that new cost cap regulations mean less well financed teams can now at least aspire to closing the gap – and the big players cannot just carry on spending their way to success. In addition, the new Concorde Agreement will allow for a fairer distribution of income from 2021 onwards.

Hopefully the right buyer or investor, someone with the commitment and vision to take Williams up the grid once more, is out there. Serious talks could already be taking place, even if the door has now been formally opened for any interested parties to have a look. 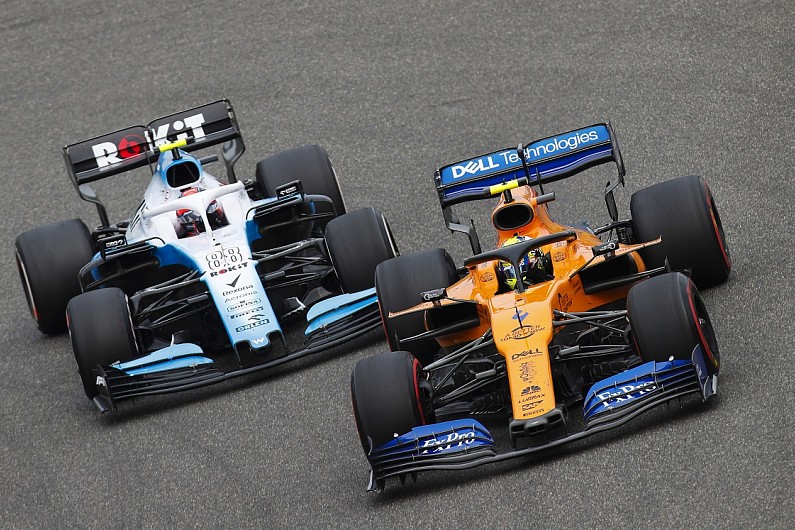 Latifi Sr is one obvious candidate. However there’s a big difference between a loan and investing – and the Canadian already made a huge commitment when he bought 10% of McLaren.

Williams is clearly in a difficult situation, but this is not a fire sale just a step ahead of the arrival of an administrator. It’s a controlled attempt to see what the options are out there, and it’s being done on time, given that Claire Williams insists that a full budget is in place for this season.

“I don’t believe that it’s desperation,” she said today. “I think that it’s the right and prudent thing to do. And Williams, as a family, have always put our F1 team first.

“And I feel very much that seeking inward investment at this juncture is absolutely in line with that philosophy that we’ve always had to protect our team’s future, to protect the people that work for us.” 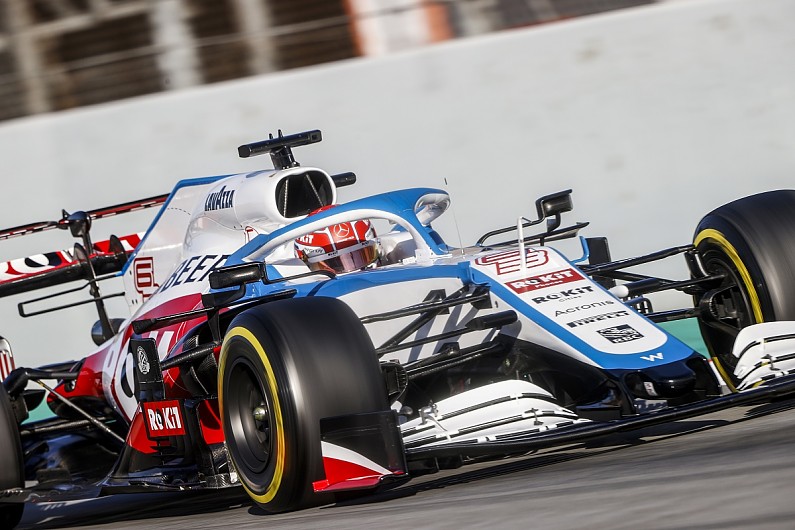