Valentino Rossi says the relationship between Ducati and MotoGP riders is often “difficult”, referencing his own experiences in 2011 and 2012 in relation to Andrea Dovizioso’s current contract situation.

Talks between Dovizioso and Ducati for the 2021 season are currently on hold, with the pair not seeing eye to eye on the financial side of a new deal – with Ducati keen to scale back on big-money contracts in the wake of the coronavirus pandemic.

Ducati says it will resume negotiations in August, with Dovizioso’s manager admitting his rider could take a sabbatical if his terms are not met.

When asked if there had been any development with his future talks, Dovizioso replied: “I don’t know about my future at this moment.

“I know very well what I want, but now I am focused on the races because we are in an important moment of the season.

“We want to make a better result and we are focused on that.”

When asked to comment on the situation with Ducati and Dovizioso, Rossi believes the “difficult” relationship he sometimes experienced is playing its part now – but hopes the Italian marque will retain the three-time championship runner-up.

“What we’ve seen during the past, sometimes it is difficult the relationship between the riders and Ducati,” Rossi said.

“But I hope for both that they will continue together because in the last years Dovi with Ducati is always strong.” 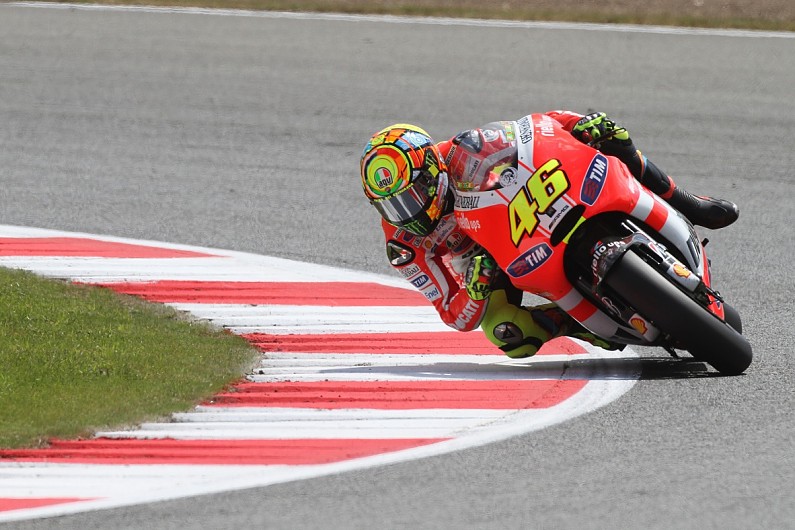 Rossi’s two years at Ducati (above) were largely plagued by an unwillingness from the Italian marque’s race department to work closely with Rossi’s crew – headed by multiple championship-winning crew chief Jeremy Burgess.

Ducati also famously lost 2007 world champion Casey Stoner to Honda in 2011, following an unwillingness to offer the Australian the deal he was looking for, while he was left aggrieved after 2009 for the way the marque handled his battle with an undiagnosed lactose intolerance problem.

Ducati currently only has one rider confirmed for 2021, with Jack Miller set to step up to the factory squad from Pramac.

As reported by Autosport, KTM Moto2 rider Jorge Martin is thought to have agreed a deal to join Pramac next year.